*A unit of work is the sum of actions that take place between the invocation of an entry point up until a noticeable end result through one or more exit points. The entry point is the thing we trigger. *

Exit points are end results of a unit of work. 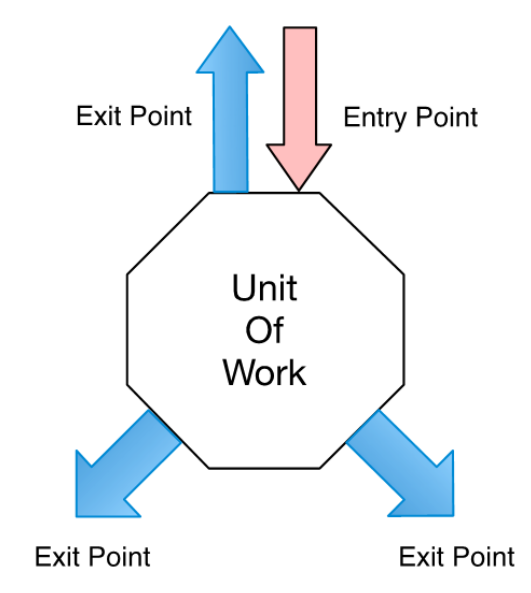 Characteristics of a good unit test:

To start off, ask yourself the following questions about the tests you’ve written/executed up to now:

A unit test is an automated piece of code that invokes the unit of work trough an entry point, and then checks one of its exit points. A unit test is almost always written using a unit testing framework. It can be written easily and runs quickly. It’s trustworthy, readable & maintainable. It is consistent as long as the production code we control has not changed.

The technique of TDD is quite simple:

Technically, one of the biggest benefits of TDD nobody tells you about is that by seeing a test fail, and then seeing it pass without changing the test, you’re basically testing the test itself. If you expect it to fail and it passes, you might have a bug in your test or you’re testing the wrong thing. If the test failed and now you expect it to pass, and it still fails, your test could have a bug, or it’s expecting the wrong thing to happen.

Jest acted in several capacities for us:

Unit tests usually are made of three main “steps”: Arrange, Act and Assert.

This is colloquially called the ‘AAA’ Pattern.

Put three pieces of information in test names, so that the reader of the test will be able to answer most of their mental questions just by looking at the name of the test. These three parts include:

A nice acronym for this: U.S.E:

作者的心得：It’s human nature to put things in the easiest place possible, especially if everyone else before you have done so as well.

There are two main types of dependencies that our unit of can use.

Break incoming dependencies (indirect inputs). Stubs are fake modules, objects or functions that provide fake behavior or data into the code under test. We do not assert against them. We can have many stubs in a single test.

Break outgoing dependencies (outputs, exit points). Mocks are fake modules, objects or functions that we assert were called in our tests. A Mock represents an exit point in a unit test. Because of this, it is recommended to have no more than a single mock per test.

Interaction testing is checking how a unit of work interacts and sends messages to a dependency beyond its control. Mock functions or objects are used to assert that a call was made correctly to an external dependency.

A simple rule of thumb:

It should be OK to have multiple stubs in a test, but you don’t usually want to have more than a single mock per test – because that means you’re testing more than requirements in a single test.

I use the word “Fake” to denote anything that isn’t real. Another common word for this sort of thing is “Test Double”. Fake is shorter so I like it. I highly recommend to use only fake interfaces that answer both of these conditions:

Both in test frameworks, to “take over” existing objects and functions and “spy” on them. By spying on them we can later check if they were called, how many times and with which arguments. This essentially can turn parts of real objects into mock functions, while keeping the rest of the object as a real object. This can create more complicated tests that are more brittle, but can sometimes be a viable option, especially if you’re dealing with legacy code.

Spy was originally designed as the idea that you can look at a real function and “spy” on it without altering its behavior. Whenever you see someone mention “spy” think “partial mock/stub” because chance are that’s what they’re trying to achieve. When in doubt, think of “Spy” as “Partial Mock/Stub”

An isolation framework is a set of programmable APIs that allow the dynamic creation, configuration and verification of mocks and stubs, either in object or function form; Using a framework, these tasks can often be simpler, faster, and shorter than hand-coding them.

Because JavaScript supports multiple paradigms of programming design, we can split the frameworks in our world to two main flavors:

What type of dependencies will you need to fake mostly?

A few things to watch out for:

Testing interactions is a double-edged sword: test it too much, and you start to lose sight of the big picture—the overall functionality; test it too little, and you’ll miss the important interactions between units of work.

Here are some ways to balance this effect:

In this pattern, we take a specific piece of async work, and split it into the two pieces: 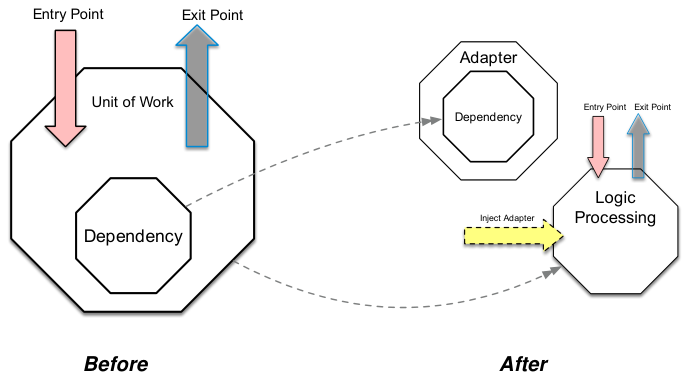 Two patterns of getting around them directly:

The tests that you write should have three properties that together make them good:

大家跟我一起喊：No ifs, switches, loops or other forms of logic if I can help it.

Avoid dynamically creating the expected value in your asserts, use hardcoded values when possible.

Out of Date test (feature changed)：

Here are some reasons I reduce my trust in tests even if they are passing:

对开发经理/项目经理的话: Code coverage shouldn’t ever be a goal on its own. It doesn’t mean “code quality”. In fact, it often causes your developers to write meaningless tests that will cost even more time to maintain. Instead, measure “Escaped Bugs” ,“Time to Fix” and well as other metrics.

if the first assert fails, do you still care what the result of the next assert is?? If you do, you should probably separate the test into two tests.

Here are some ways to reduce the costs associated with handling flaky tests:

Ask these questions if we ever want to get down to the root causes:

The basic concept to keep in mind is that a test should always run in its own little world, isolated from even the knowledge that other tests out there may do similar or different things.

Refactoring this we can take a few steps:

if you see a private method, find the public use case in the system that will exercise it.Sometimes if a private method is worth testing, it might be worth making it public, static, or at least internal and defining a public contract against any code that uses it. In some cases, the design may be cleaner if you put the method in a different class altogether.

Here are ways unit tests are often over specified:

The real exit point depends on the type of test we wish to perform:

There are several facets to readability:

Three important pieces of information are present in the name of the test:

I like that each test is self- encapsulating its own state. The nested describe structure acts as a good way to know where we are, but the state is all triggered from inside the ‘it’ blocks. Not outside of them.